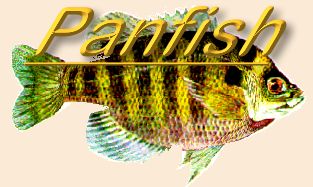 It is early Monday morning and I looked at the Weather Channel and saw this would be the last day with temperatures that would be much above freezing. Staring the coming of shack nasties in the face, and I told my wife that I was going to a pond in the afternoon. She said "What if I don't want you to go?" My reply was that the shack nasties would hit faster. Her reply  was "Goodbye".

Quickly I grabbed two rods, fly boxes and fish net and headed for one of my favorite ponds. They were taking crops off the place where I normally access the pond and I knew if I parked there at least one of the folks would think that I was in the way. I found a parking spot off the road and out of the way of the workers.

When I got to the pond I came in at a place that I usually have to move around to get to. I had my rubber boots on so I could wade out in the water a little way. I noticed that there has been a beaver working the trees here. A few of the trees that had been on the edge of the pond were not there anymore. This made the casting easier, as the branches were not hanging out over the pond.

I had a white boa yarn fly and a yellow- only on the two rods. They seemed to be two good flies to start with. The wind was blowing about 12 mph out of the south, and the pond faces north-south so it was blowing from my left.

I waded out a few feet with the rod with the white boa yarn fly on it. I made a cast to get about 15 feet of line out parallel to the shore. I then stopped the cast before it went straight forward to allow the line to fall off shore. The fly dropped a little way before I started my retrieve. The fly had not moved far and the line moved. I set the hook and thought that I had a nice gill on the line. The rod tip danced all over and the fish did not want to give up without a fight. I was very surprised to have a crappie on the line. I cast again and had another crappie take the fly. This fish was energized also.

Curiosity hit and I cast in the other direction. I was using my left hand to do this; a trick that would make Castwell proud. I tried several casts and got no response from the fish. I roll cast out in front of me and found that if the fly went to my left into the wind, even slightly, then the fish would take the fly.

I moved back south and keep casting. I picked up a few more fish. Then I used the other rod to see if the fish might be interested if another fly showed up. I got a few more nice fish on the Only. After a few more casts I moved on around the pond.

Now I know that there are five stumps out in the water. The stumps are close enough together that if the fly gets to deep a stump will be caught. But if the fly comes in just over the stumps there is a good chance of catching some fish.

First I cast with the Only which resulted in catching the largest bass of the season for me. It was just a shade over 25 inches with a large belly. I carefully removed the hook while she was still in the water. It was a lot of fun to catch this big bass. I caught more nice crappie near the stumps and then I cast a little farther out to the break line. More fish were there. I started getting some nice bluegill in that area. I knew they were bluegill as they smashed the flies. They took the fly so deep that I had to use forceps to get the fly out every time. It was a great deal of fun to catch them.

At this point I reached the dam on the south end of the pond. I tried casting with the wind and had no success. I headed to the other side of the pond and hiked down a short way. I cast into the wind and starting catching fish again. With no trees there the casts could go out farther. There were fish all over. All of them were energized and made the rod tip dance. I finally looked in the fish basket and decided that it is time to head out. I had about a 500 yard hike to get to the truck. The fish grow in size the closer the truck gets.

I had lots of fillets to share. The next morning the ponds were about 50% covered with ice. Wednesday morning it was 100%.

I can guarantee that the nasties are coming. Hope you can still get on the water.